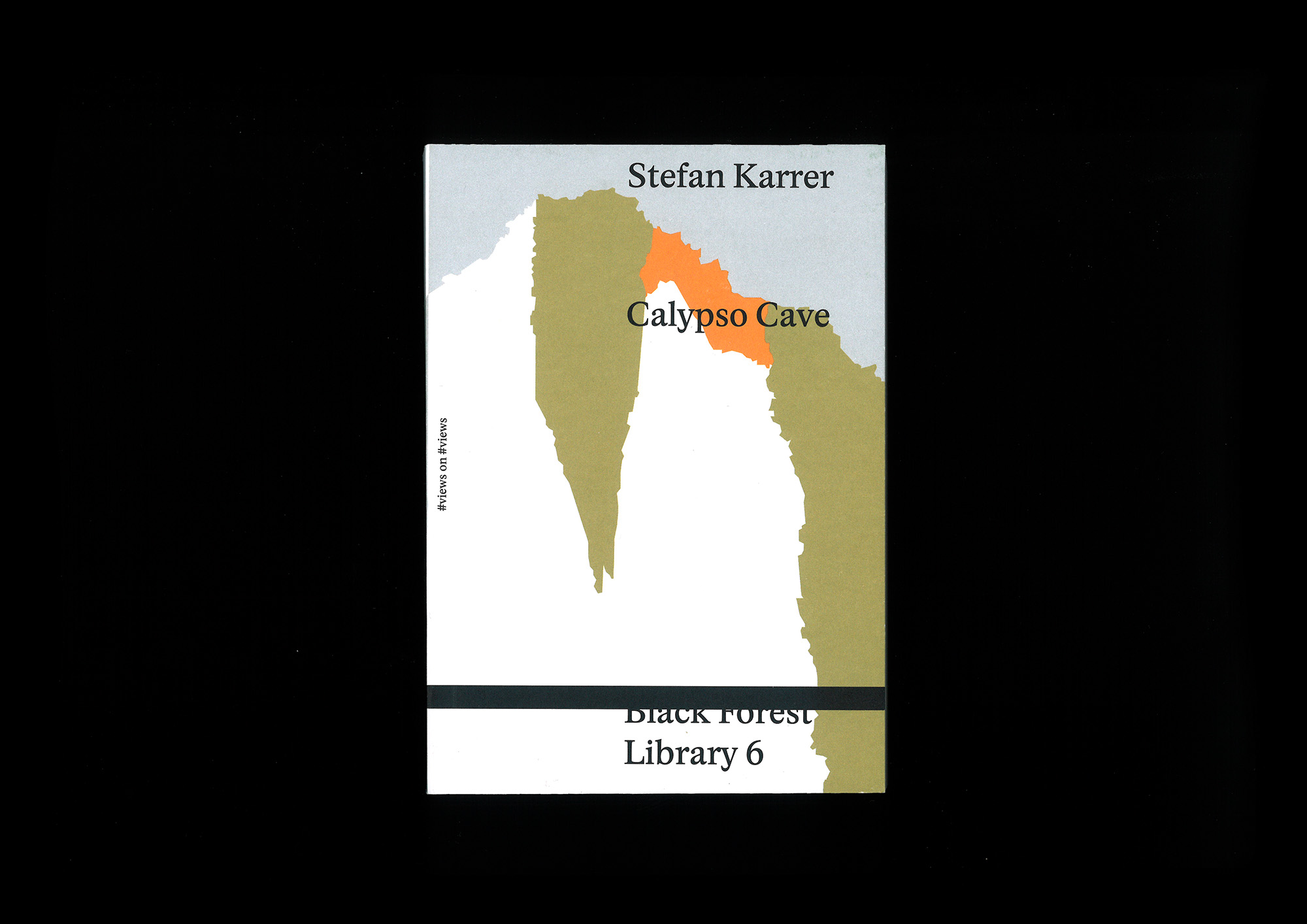 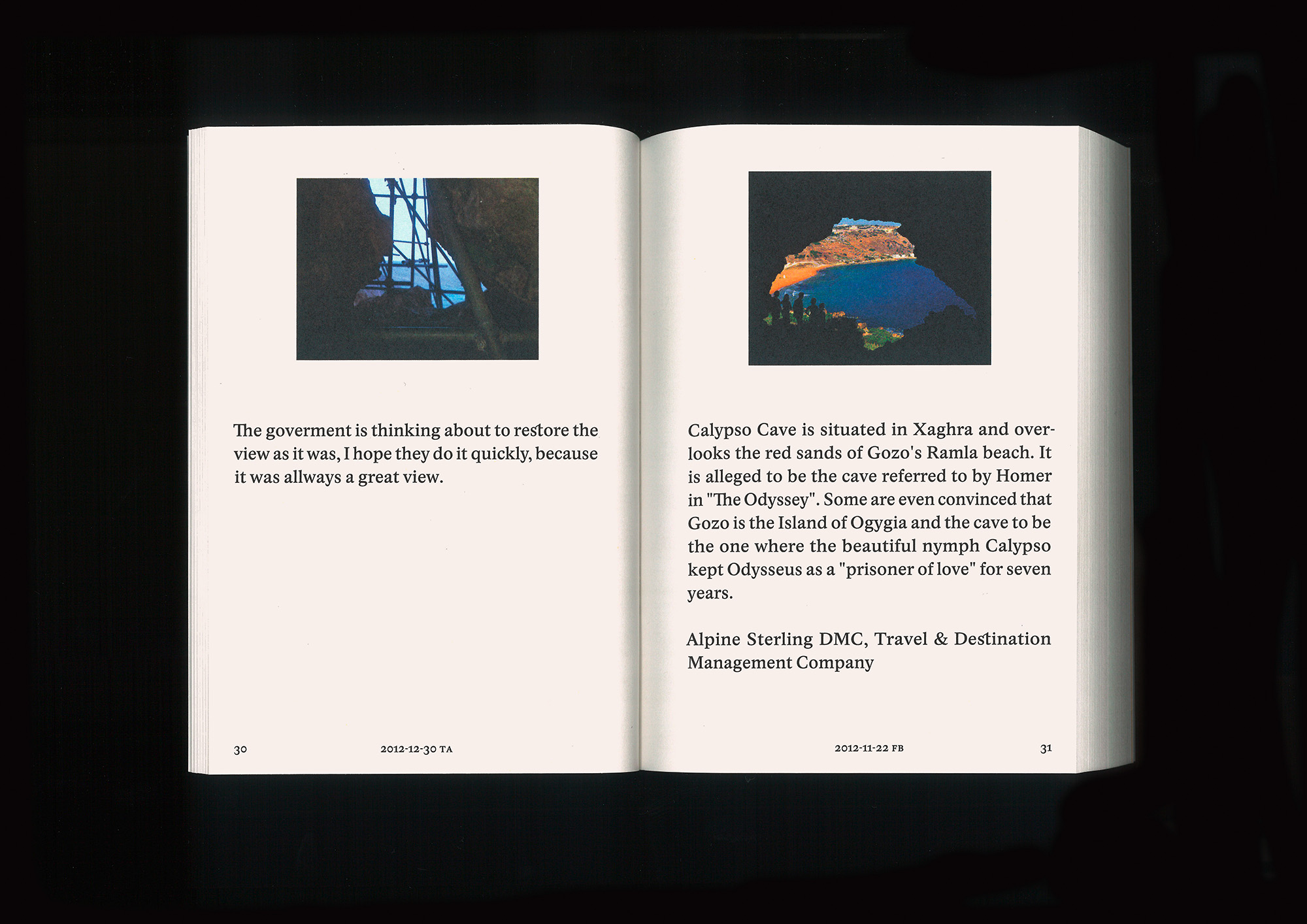 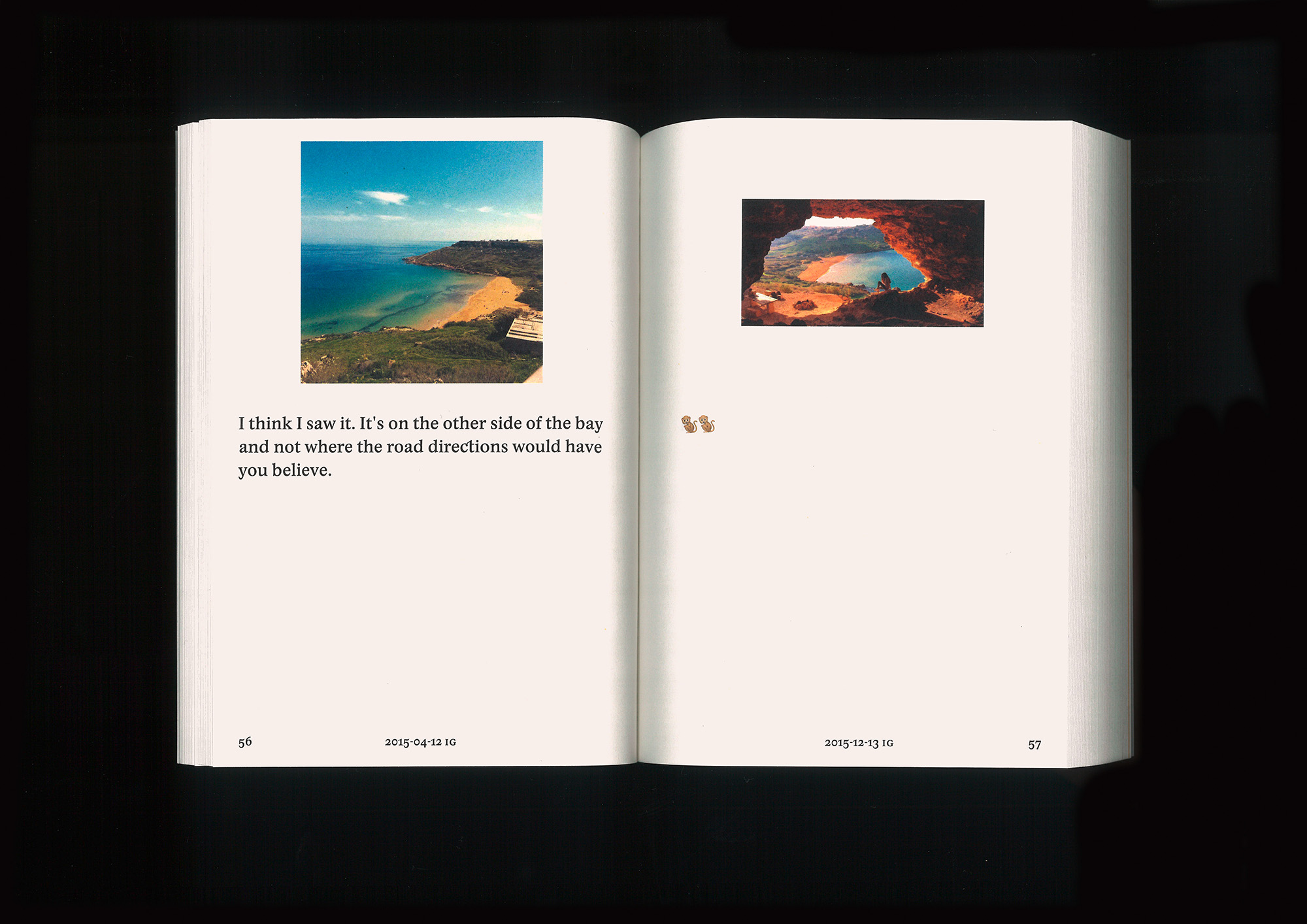 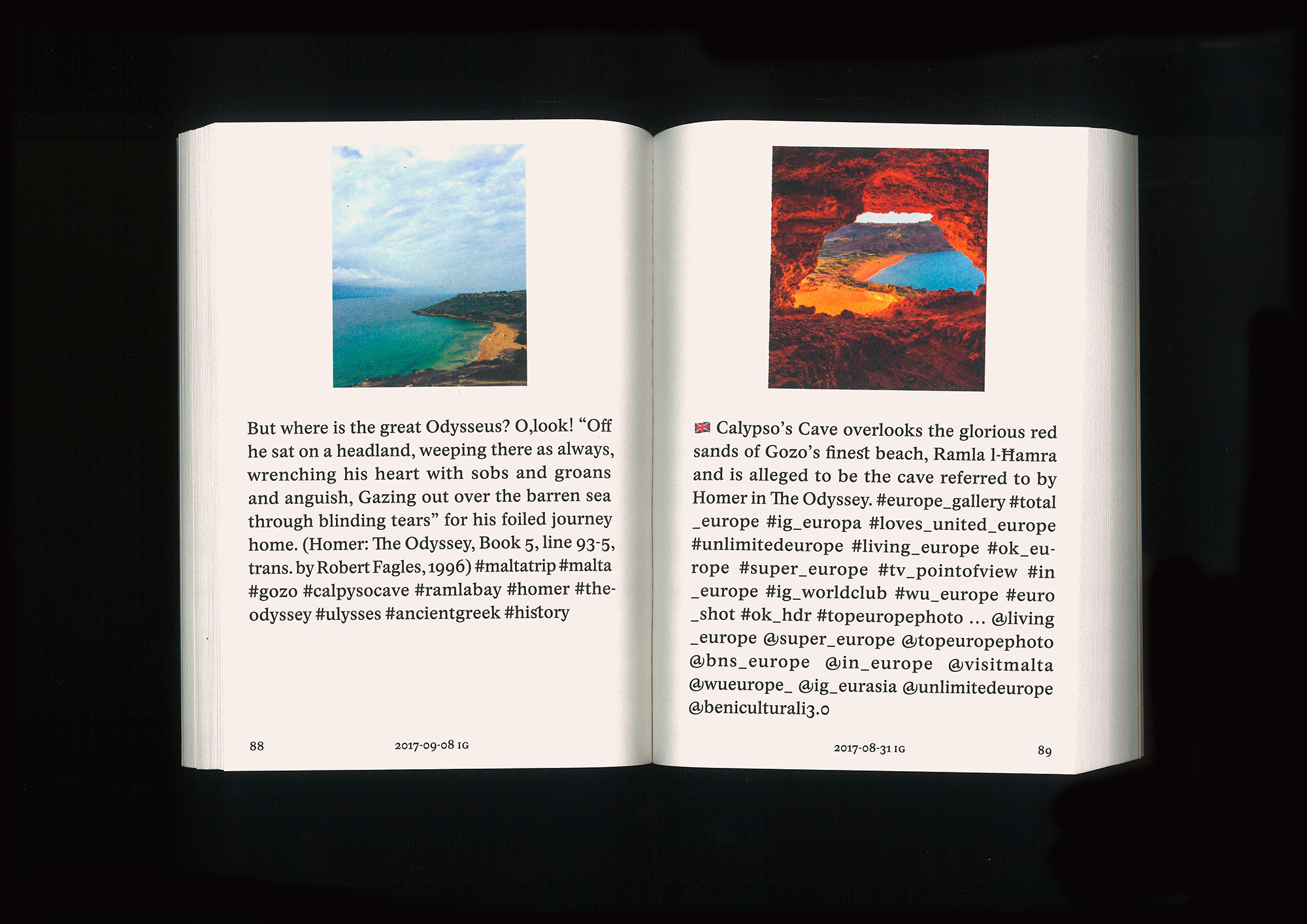 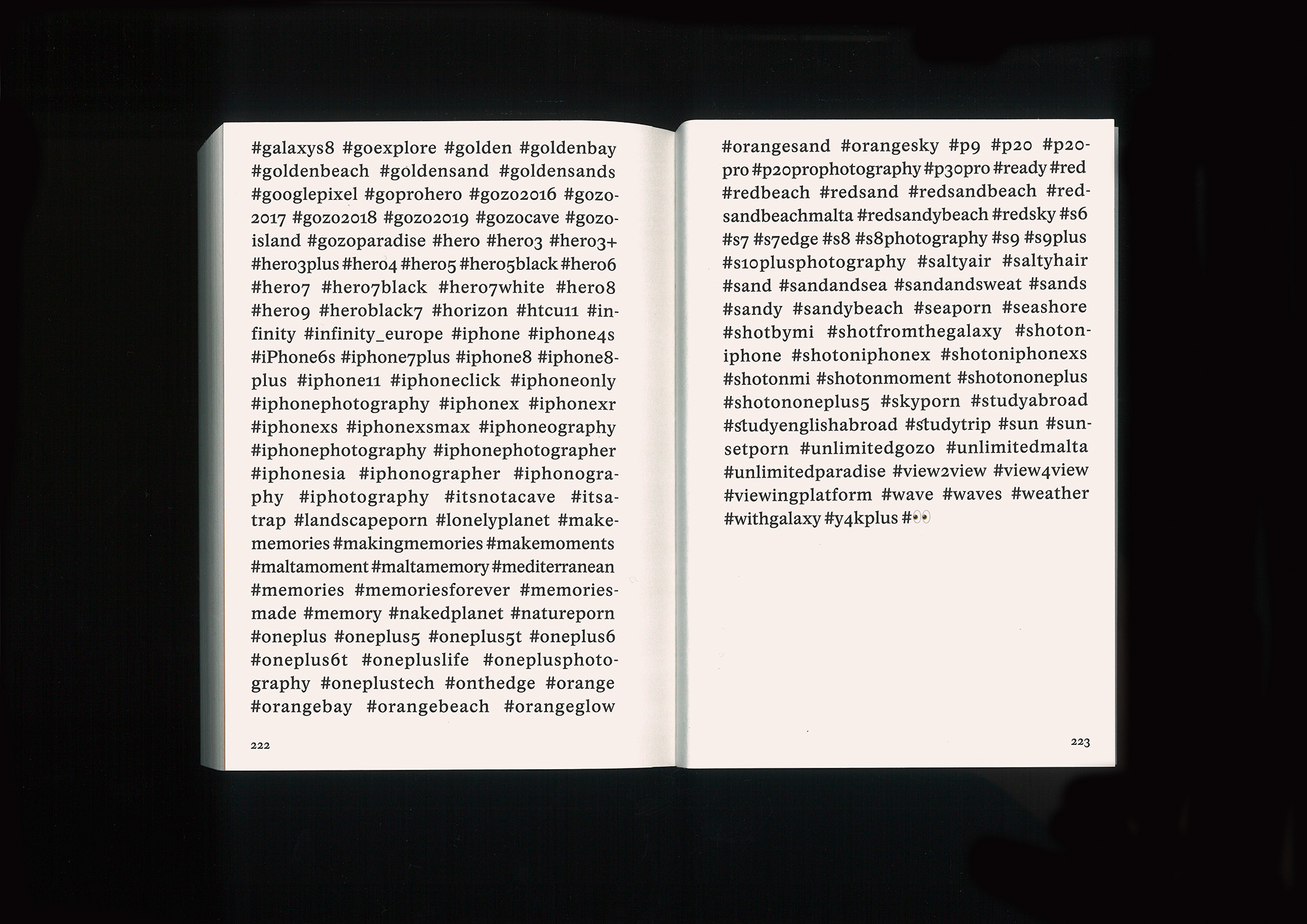 
Blackforest Library No. 6 is dedicated to Calypso Cave in Malta, a magical place where Calypso, the beautiful nymph, kept Odysseus as a prisoner of love for seven years. Swiss media artist Stefan Karrer approaches this place through its photographic reception on social media platforms, and in doing so he has tracked down a comedy of errors:

On October 6th 2020, Instagram celebrated its 10 year anniversary. Shortly after the social photo sharing app was launched in October 2010, Calypso's Cave on the Maltese island of Gozo was closed off to the public after a partial collapse due to geological movement. While the “stabilisation and conservation project” announced by the Ministry of Gozo is still awaiting completion, the cave on the opposite side of the bay has become increasingly popular amongst the social media community – and is now also being tagged – as #calypsocave.

Stefan Karrer's book humorously shows us how social platforms influence and change our travels and the way we consume landscape and its cultural heritage.

About the artist: Born in 1981, Basel; lives in Vienna. His work explores evolving patterns of meaning found in a digitized world.